Electronic Vehicles (EV) are becoming more popular and are considered the future of the car industry, whether it is a family car, sports car, SUV or truck. The one thing that is needed is a good way to charge your vehicle at home without raising your electricity bill by too much.

With emerging technology, SolarEdge has the world’s first 2-in-1 EV Charger and Solar Inverter that will allow you to charge your electric vehicle directly from the power of the sun!

Vehicle-to-Grid (V2G) is a system where you can plug-in electric vehicles, including battery electric, hybrids and hydrogen fuelled vehicles to the power grid. Through this connection, they communicate with the grid to charge, store and discharge electric power to and from the vehicle and the grid. The vehicle must be gridable, or in other words have a grid capacity.

The concept is simple. Like other solar systems that use a battery as a backup to store power for the home/business, the EV battery can operate in a similar system for its own power needs. I can hear you asking how and the idea is similar to how you operate certain electrical items only during off-peak times so that you can sell as much of your solar PV (Photovoltaic) power to the grid during peak sunshine times. You charge the EV during off-peak times and sell the power back to the grid during peak times.

The whole solar battery revolution that is happening now is still in infancy stages in regards to the technology being developed and used. That is to say that even as we are starting to embrace the idea of storing PV from the sun in batteries, the technology is still improving and will continue to do so.

The same can be said of the battery technology that is being used in EVs and the methods of recharging them. It is all very new, Emerging Technology that will continue to get better and better.

What if you combined the ideas between the two technologies? You could use the EV battery to act as your solar storage battery when you have the car parked at home! All you would need is an inverter that could be connected to the car and the solar collection panels and SolarEdge has created such an inverter!

This single phase inverter will allow homeowners to charge their EV directly from the power gathered from the sun and converted to electricity. This allows you to maximise your solar usage and reduce your electricity bill at the same time! The inverter also has a solar boost mode which can charge the EV up to 2.5 times quicker than standard EV chargers by using grid and PV charging at the same time.

Being a SolarEdge product, it integrates seamlessly with the SolarEdge monitoring platform, allowing you to track the charging status, to control the vehicle charging and set charging schedules. This can all be done on the mobile app too.

Regardless of whether you already have an EV or are preparing to be EV-ready, contact us for more information. 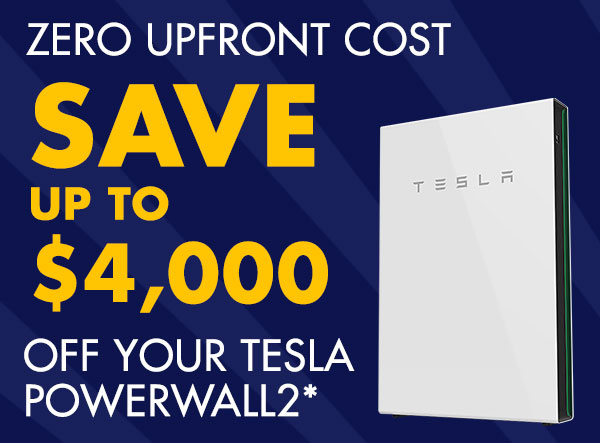 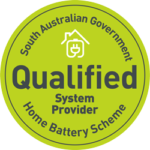 Adelaide Solar Safe
4.5
Based on 11 reviews

Rock Chop
10:21 26 Sep 19
Andy and the team came to our rescue due to an incredibly bad installation done by another company . They completely removed that installation and we had the team install a new Hybrid system that not only is the correct type but gives us the flexibility to use our bore pumps , air cons and anything else around the home all at the same time day or night. The current sapower regulations and our rural position had its difficulties but Andy can design the right system with maximum tariff returns and house hold consumption usage. Adelaide Solar Safe will take care of all the SEG approvals with the utmost diligent timing. the installation team was outstanding with professional friendly work attitude and safety in mind. We are currently working with Adelaide Solar Safe to install 3 more systems to our property's both here in S.A & Vic and with a view to any other future property's. 1 x Hybrid Solar Edge inverter 2 x 10kw LG battery Storage 36 x 315w REC Pv boards. 36 x Pv monitoring modules. Total system output 11.34kw Where would we be right now without your professional services. Thankyou Adelaide Solar Safe..... you really are the Best.

Ben Hamlyn
06:27 16 Sep 19
Provided honest, trusted advice and great quality equipment. All of the interactions were efficient and on time. The attention to detail and finish of the job was good. No troubles at all and would gladly work with them again.

Owen Ridgwell
04:08 12 Sep 19
After lots of research, quotes and questions we settled on Andy and his family team at Adelaide SolarSafe to install a 6.5kW REC array, SolarEdge Inverter and LG 10kW battery. Andy's patience, generosity of time and commitment to us was backed up with a top quality install and continuing service. We have had the system running for 6 months now and we are very happy with the results.

Russ Scutchings
03:56 07 May 19
I had a 6.5kw system with a 5kw inverter installed over summer with Adelaide Solar Safe. Andy was very professional and provided great advice with regards to quality for money and the system has been excellent. The installers were punctual, professional and did an excellent job in ensuring that wiring was contained within the roof. The system was slightly more expensive than if I had used one of the other larger solar brokers, but I wanted quality assurance from a local provider and installer. Thanks Andy and team.

Daniel Carr
13:00 01 Nov 18
After months of evaluating installers I chose Adelaide Solar Safe to install my 5.9kW system in April 2018. Yes Andy can be abrupt at first if he thinks you may be a time-waster, don't take it to heart. If you are indeed serious about solar he will give you all the time in the world that you need to answer all your questions. I thought their pricing was fair for the quality products they use and their stated goal to support their customers for the long-term. We were kept posted on schedules, they were flexible/adaptable when things changed outside of their control, and the install went smoothly. I was most impressed when Andy's son Ash pulled off a spotless inverter install - it is literally just the inverter sitting on the wall with no visible cabling at all. I had hoped my house design would enable this and he took the care and effort to make it happen. It has been 200 days now and I have generated 4.5MWh without a hiccup. Good stuff Adelaide Solar Safe! (hmm, that acronym though...)

Ayumu Shimada
06:02 17 Oct 18
Andy came to my house to give me the best suited solar plan and he explained how the system works and how much energy it produces in a year in a respectful and friendly manner. When Andre and his team came to install the system, they came on time and greeted in a respectful manner. Even though the weather wasn’t doing any favour, they completed it in two days and did a fantastic job. I couldn’t be any happier with what they did. If you are interested or thinking about getting a solar system, I recommend Adelaide Solarsafe. It is a local solar company and Andy and his workers will not disappoint you. I can guaranteed you that you will be fully satisfied with the end product.

davidson6969 dav
07:38 03 Oct 18
Yeah waste of time he wants all the money up front. Told him im not to keen to pay till the jobs done said ill put a deposit down and sign a contract but that wasnt good enough. Then he said that i might spend the money i financed to pay for the job.. im 37yrs old im not one of your kids wow no thanks might of done a good job but this put me off

Leon Steytler
00:00 16 Jul 18
Thank you Andy and his sons for excellent service and professionalism before and after the installation of our PV solar system. Monitoring output online is great and the best day of winter sun total thus far was 25kW! Expecting at least 40kW on a sunny summers day. Will definitely deal with again especially when batteries get more affordable maybe in 5 years to enable almost full independence from the grid!

Andrea Murray
07:50 03 Jun 18
We would like to let you know how pleased we were with the professionalism and friendliness of your work team and look forward to many years of cheaper electricity. We will certainly recommend your business to our friends and family.
See All Reviews